Where to buy Contact Us
Making network devices since 1998

Firebrick is not a new company; in fact we've been in the business of inventing and supporting innovative, useful, flexible products for over a decade. And during that time we've learned a great deal about what works.

In the late 1990s in the UK, British Telecom started trialing ADSL services for the first time, and actually launched the product in 2000. The initial presentation to customers was via a BT supplied router, known as the "black box". This was incapable of handling multiple subnets, and as such, firewalling was difficult. The FireBrick Plus/Soho had a "stealth mode", which meant the unit could sit on both sides (internal and external) of a single subnet and filter silently as traffic passed through.

At the time, it must be remembered, a firewall that was configurable via a web interface was a very unusual concept; most firewalls needing to be configured by command line.

It also had functions to shape and monitor bandwidth usage, and introduced the concept of "time profiles", such that different modes of operation could be deployed automatically at different times of the day. This remains unusual functionality to this day, but it is something many of our customers rely on. 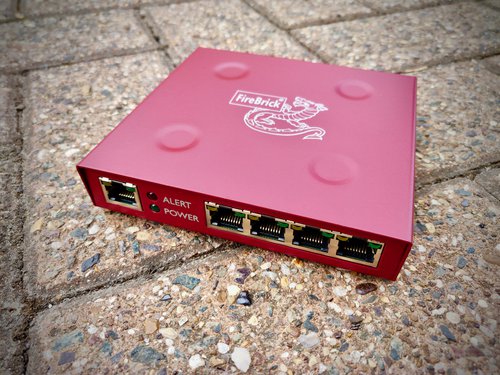 The Firebrick Plus and Soho having a maximum throughput of just a few megabits, an update was required. Built within the same physical dimensions, the Firebrick 105 increased routing/firewalling throughput to about 12 megabits/second and provided 100megabit switch ports for the first time. Bonding was becoming a more frequently used feature, so these upgrades were necessary to accommodate the increase in potential combined bandwidth.

The launch party for the Firebrick 105 was held at a Bracknell Bees ice hockey match, with a shoot-out at the conclusion of the match, where players fired "packets" (pucks) into the ports of giant "Firebricks" (placed in front of the goals).

Recognising a need primarily for a more functionally helpful LNS (L2TP network server) product for ISPs, work commenced on a Gigabit capable, dual PSU unit for datacentre use. Using an Intel ARM CPU, the FB6000 was developed, and several ISPs deployed them in this usage scenario. 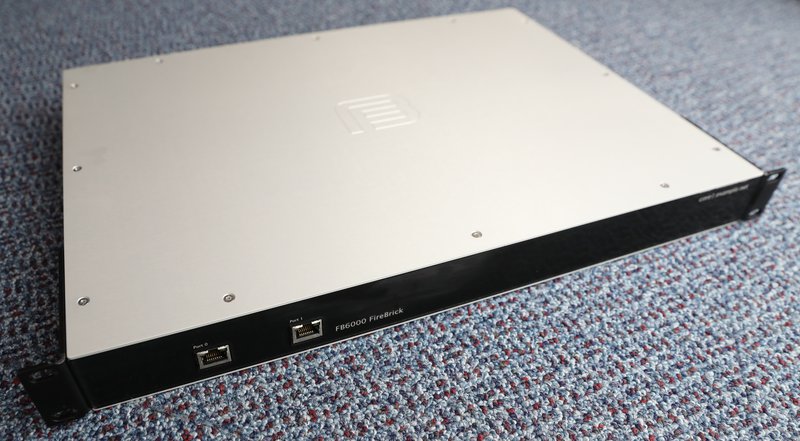 Different firmware capabilities followed, enabling variants of the FB6000 that performed functions such as Firewall, Tunnel server, Ping box, BGP router and even GGSN for use within mobile networks.

Recognising that bandwidths were increasing with higher speeds attainable with ADSL, increasing popularity of bonding multiple lines, price decreases in the ethernet marketplace and FTTC on the horizon, all leading to higher throughput requirements, work was undertaken to develop an entirely new product; new form factor; new architecture. At the time Intel owned a range of ARM CPUs, and one of these was elected.

The product had a maximum IP throughput of 350Mbits/sec, and gigabit on the switch. At the time, and for many years, this was a more than capable product, even for bonding multiple FTTCs, and it remained the current generation until mid 2018. 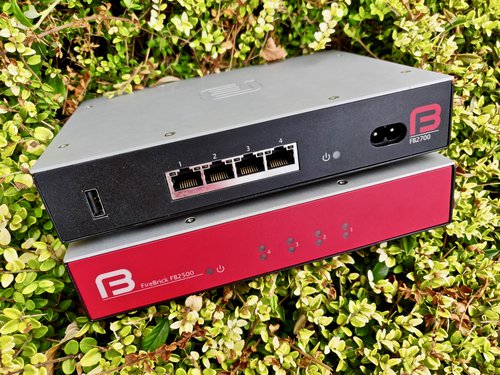 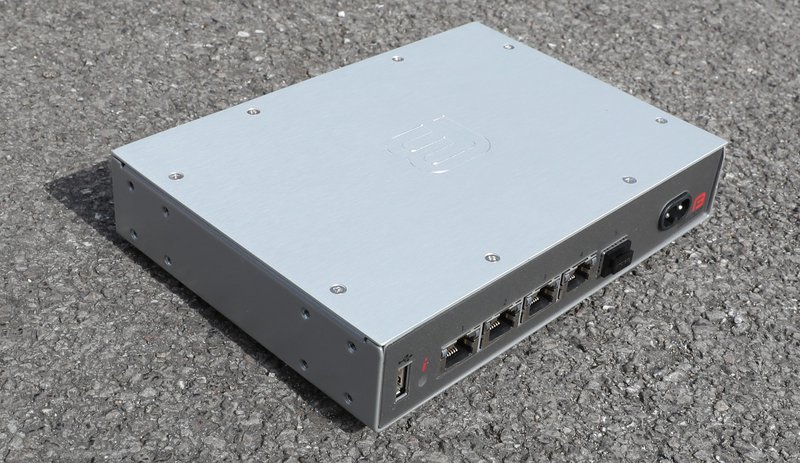 Now capable of approximately 750Mbits/sec of IP throughput, and incorporating some new hardware features - a 5th port for an SFP, rack mount kit, a multicolour status LED, true analog random number generation on board, and two optional PSUs in addition to the regular mains (110/230V) one - an automotive grade one and a telco -48VDC one.

This product is anticipated to be a viable option for office connectivity for the foreseeable future.