During the design phase of the FB2900, we decided go with an approach of manufacturing our own mains PSU boards, for reasons outlined in other blog posts. Along the way, we realised this approach would also give us some extra options as regards power sources for the unit. Two potential markets were identified where non 110VAC/230VAC power sources might be found useful; automotive and telco.

In addition to the original mains power PSU board, two further boards were designed; one for each of these two markets; their specifications being one for operation 12-24VDC nominal (but capable of coping with alternator spikes/other dirty DC that is often found in vehicles) and one for -48VDC; as is found in telco racks and phone exchanges - usually as backup to a mains AC source.

Whilst the mains-powered FB2900 is known to be extremely energy efficient, we recently had an enquiry from an existing user of mains FB2900s who had a requirement for a battery powered setup, and wanted to know what the power draw of the DC (automotive) unit looked like. So we tested it. 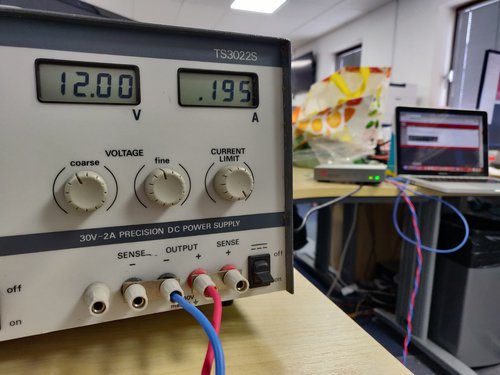 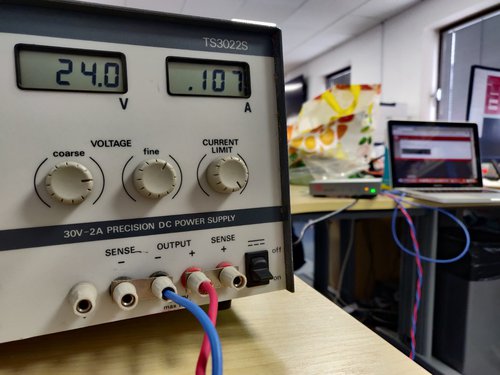 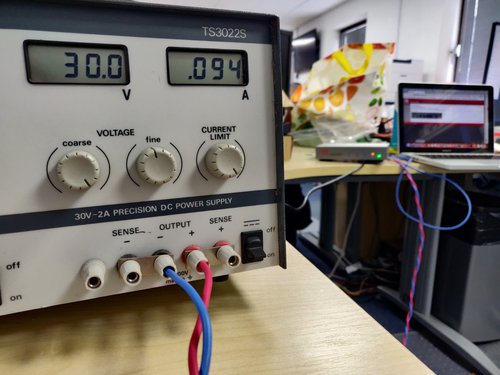 Limitations of these results

The test conditions of these measurements were all identical, but perhaps not always representative of a real life usage case in every case. Only one ethernet port was active, leaving three inactive. No SFP was installed, and no USB device (such as a dongle) was installed.

In any case, we anticipate the total power draw of a FB2900-A should be approximately 7W.

But in the vast majority of use cases, it will be considerably lower.

Real world use cases of less than 3W are entirely feasible.